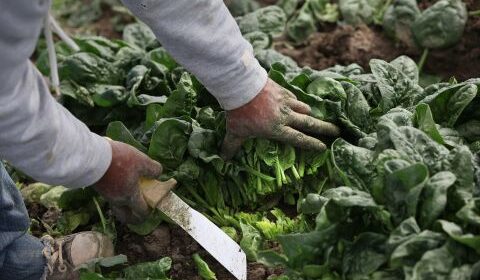 Women who are trying to get pregnant through IVF (in vitro fertilization) are finding that if they eat too many fruits and vegetables that are sprayed with pesticides might be the reason they can’t conceive.

A study of Pesticides and IVF was conducted on 325 women trying to conceive.  They were given questionnaires to fill out with the information regarding their diet, age, weight, and if they have had live births.  The study found that strawberries, spinach and peppers have a tendency to have higher pesticide residues where peas and avocados have a lower residue.  One of the groups of women were eating two servings a day of pesticide fruits and vegetables.  The other group had only one serving a day of pesticide fruits and vegetables.  The study of Pesticides and IVF found that the women eating two servings were at a higher risk of not becoming pregnant and 26% less likely to have live births.  The results only show that of women who are trying to get pregnant via IVF.

After swapping out one high pesticide fruit or vegetable with a low pesticide they found that the women had a 79% chance of becoming pregnant and 88% chance of having a live birth.

The study is the first step in getting a better understanding of the risk of eating fruits and vegetables high in pesticides.  More research needs to be done to confirm that pesticides can cause other health factors like cancer.

If you are planning on getting pregnant and do eat a lot of fruits and vegetables you might consider buying organic that are not sprayed with pesticides.

Bad week for:
False confidence, after a new YouGov poll found that only 4 percent of Americans think they are less intelligent than the average person.