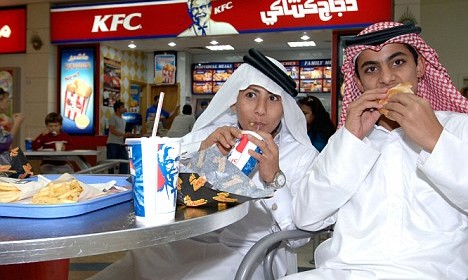 The emirate isn’t just the world’s richest country, it’s also one of the fattest. Half of adults and a third of children are obese, and almost 17 percent of the native population suffers from diabetes. By comparison, about a third of Americans are obese, and 8 percent diabetic.

The problem is that Qataris are so rich that they don’t need to work, and have developed a taste for fatty American fast food. “In Qatar, we just sit, smoke, and eat junk food,” says ne resident. “Everything is done for us.” The government has tried to battle the bloat by encouraging Qataris to eat less and exercise more. But the country’s traditional culture makes it difficult for anyone to go on a diet. “If you don’t eat, it’s considered a shame,” one Qatari told sources, “and if you leave someone’s home without eating it’s a shame.”

Four out of 10 Millennials (40%) view their generation more negatively than their parents’ generation.