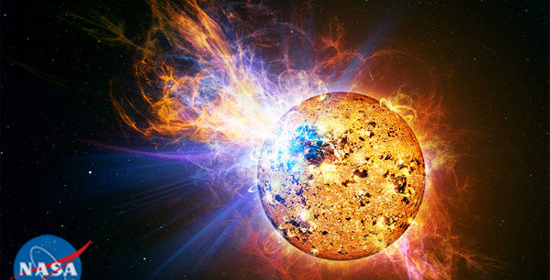 The largest solar storm since 2005 swept across the planet this week, forcing airlines to reroute flights and disrupting communications from global positioning satellites. This spontaneous blast of solar radiation may have affected power grids and high-frequency radio communications in the northern latitudes, said the U.S. Space Weather Prediction Center. A number of airlines, which route some U.S.-Asia flights over the North Pole, took precautions. Solar flares “can impact your ability to communicate,” said Delta spokesman Anthony Black. “So, basically, the polar routes are being flown farther south than normal.” The solar storm also expanded the heavenly light show called the aurora borealis as far south as England and southern Canada. This storm is a “taste of what’s going to come next year and in 2014,” said Dr. W. Jeffrey Huehes of Boston University.

The New York Archdiocese ordained only one new Catholic priest this year — the lowest number since the archdiocese opened its seminary more than 110 years ago.