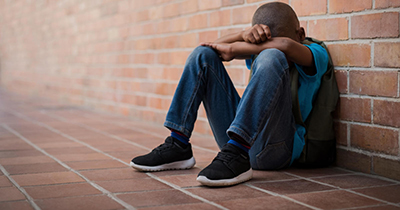 Researchers did a survey of about 170,000 teens and found out that 6% of the boys and 17% of the girls suffered some episodes of teen depression.  The number has risen from 4% of boys and 13% of girls since the year of 2005.  It’s not clear why it affects girls more than boys.  Teens who spend a lot of time on the internet are susceptible to cyber-bullying which causes depression more in girls than in boys.

Teens now a days find that if they are not perfect they will not be accepted into their social groups.  Academics, changes in their bodies, and peer pressure are some causes of sadness which may lead to depression. Teen depression is a very serious mental health problem and could lead the teen to suicide.  The teen may be helped with medication and psychological counseling for the long term if treatment is started early.

The researchers found that many young people are suffering from teen depression in silence.  They don’t want their parents or friends to know sometimes until it’s too late.