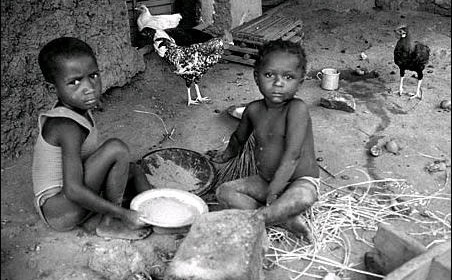 More than 850 million people around the world—one in nearly
seven—don’t have enough to eat. Although current global food
production is sufficient to feed everyone, the number eating less
than the minimum the human body needs—an average 2,100
calories a day for adults—now grows by more than ten million
a year, mostly in the poorest nations. Countries with unstable
food supplies teeter on the brink of famine; natural or man-made
disasters push them over the edge.
Drought causes more than half of all food shortages and damaged
last year’s harvests in Haiti, Mongolia, and Laos. Repeated
dry spells have also hammered sub-Saharan Africa. Human
conflict driving farmers from fields into refugee camps also adds
to the problem. Since 1992 the percentage of food emergencies
caused by warfare and civil unrest, such as in
Afghanistan, Iraq, and Sudan, has more than doubled.

Bad governance is another reason for hunger. North
Korea’s reluctance to request foreign assistance
after floods in the 1990s caused widespread famine.
“There are disasters in the making every year,”
says Jennifer Parmelee of the UN World Food
Programme. “We’re not winning this war. We need
to find the long-term solution.” 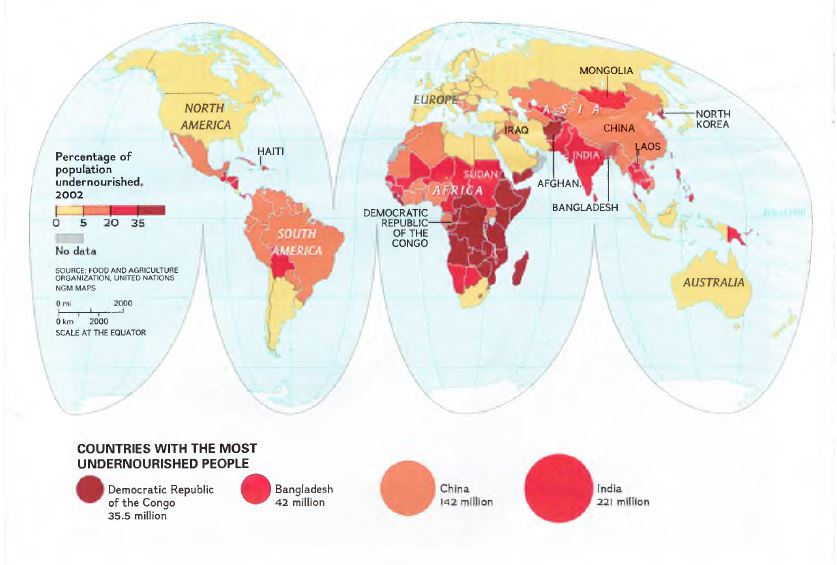