things we were told to avoid 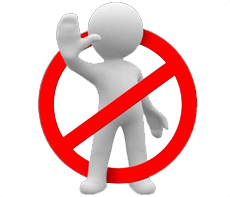 with questions about their social-networking activity and how they felt, and found that Facebook visits directly correlated with negative emotions, such as depression and loneliness. While Facebook seems to fulfill “the basic human need for social connection,” says University of Michigan social psychologist Ethan Kross, it can actually undermine well-being. Researchers speculate that because Facebook users tend to post idealized versions of their lives, many visitors who read those pages feel their own lives pale in comparison.

Time indoors can weaken your vision. A study found that 42 percent of people in the U.S. between the ages of 12 and 54 have nearsightedness, or myopia, compared with 25 percent 40 years ago. Rates of the condition also seem to be rising only among urban kids, as opposed to rural children who spend more time outdoors. Myopia previously was thought to be largely hereditary, but “the gene pool can’t change that much in a generation,” says Ian Morgan of Australian National University. Researchers believe that too much time looking at books and computer screens, without looking farther away, is damaging vision.

Marrying the wrong person can increase your risk of major depression, researchers asked more than 4,500 people between the ages of 20 and 80 to rate how supportive or critical their spouses were of them, and then followed up a decade later. Participants were asked whether their spouses could be relied on for help with a serious problem, and how well their partners understood them. People with the most negative relationships were found to be more than twice as likely to become severely depressed over the study period as people with the most positive unions.

Tylenol can send you to the hospital. An investigative report found that its active

ingredient, acetaminophen, is the country’s leading cause of acute liver failure. Some 78,000 Americans visit the ER each year following an overdose, and roughly 150 Americans die from it. The key issue is “the narrow margin of error” in dosage, says report author T. Christian Miller.

While acetaminophen is safe at recommended doses, exceeding them over time—even by two Extra Strength Tylenol tablets a day—can be risky, especially if mixed with alcohol. Infants’ and children’s Tylenol can be especially risky when administered incorrectly.

Energy drinks can send you to the hospital, too. More than 20,000 people went to the ER in 2011 with anxiety, rapid heartbeat, seizures, or heart attacks after downing the highly caffein-ated beverages—more than twice the number from four years earlier. More than half the patients had negative reactions to the drinks alone, which include Monster, Red Bull, and Rockstar, while others experienced trouble after combining them with alcohol or prescription drugs, such as the stimulants Adderall and Ritalin. People “don’t realize the strength of these things,” says a spokesman for the American College of Emergency Physicians.

Too little salt can cause stress to the heart. Though the American Heart Association recommends 1,500 milligrams per day or less, a new report found that reducing daily sodium intake below 2,300 milligrams can increase a person’s risk of heart problems. In one study of patients with congestive heart failure, those who consumed 1,800 milligrams of sodium daily were twice as likely to die during the study period as patients who took in 2,700 milligrams. Salt is known to raise blood pressure, but researchers now see its role as “more complicated,” says researcher Michael H. Alderman of the Albert Einstein College of Medicine.

Too much salt can contribute to autoimmune disease. Researchers noticed that frequent fast-food eaters had above normal levels of Th17 cells, which attack the body’s own tissues in diseases such as multiple sclerosis, rheumatoid arthritis, and type 1 diabetes. When they tested salt’s effect on the immune cells of mice, they found that the more the animals were exposed to it, the more Thl7 cells they produced. Feeding a high-salt diet to mice genetically engineered to develop MS rapidly accelerated the course of the disease.

“If I had an autoimmune disease,” says Yale immunobiologist David Hafler, “I would put myself on a low-salt diet now.”

For the last 40 years, the United States has brazenly said we’ll take care of little children if we want to — or ignore them, abort them, or abuse them if that seems to add to our comfort. If a gracious God is giving us a chance to improve and rectify that sorry record in the time just ahead, let’s not strike out this time around.