This Is America on Drugs

We’re more reliant than ever on prescription medications. Should we be worried?

Looking at the numbers alone, the U.S. runs almost entirely on Prozac and heart pills. They’re among the most prescribed medications, according to our national annual checkup from the Centers for Disease Control and Prevention (CDC), which this year included a special report highlighting the ever growing use of prescription drugs. It used to be that doctor-issued scripts were enlisted to battle bacteria and viruses, but they’re increasingly being used in our fight against chronic modern ills, from heart disease and depression to HIV and ADHD. Today, 50% of Americans take at least one pill a day, and many of those drugs can be lifesaving (or at least life-enhancing). But the report also pointed to a troubling uptick in the use and abuse of opioid painkillers, which can lead to addiction and, in the extreme, death from overdose. Here’s a by-the-numbers look at the good, bad and concerning ways Americans rely on drugs. 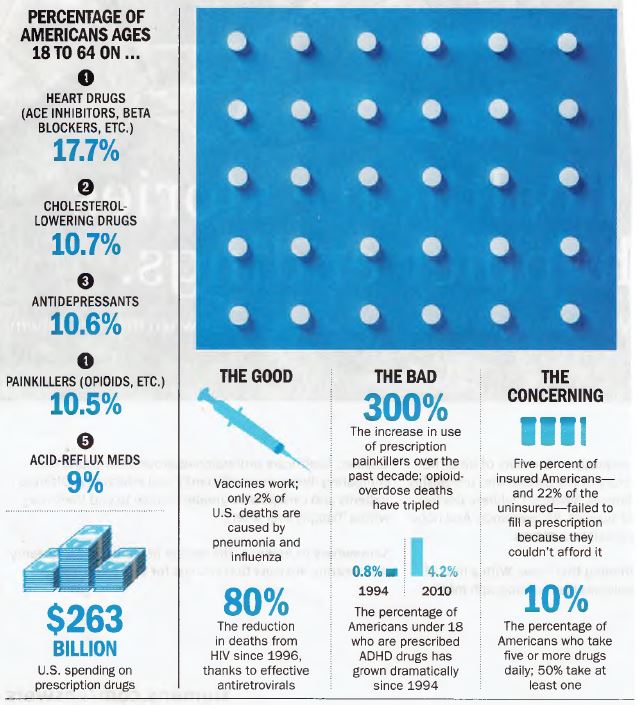 “In ancient times cats were worshiped as gods; they have not forgotten this.”