A Genetic Guide To Happiness 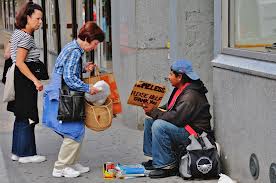 5/5 - (1 vote)
Human beings appear to be genetically engineered to be happiest and healthiest when we spend a lot of time selflessly helping others—and unhealthy when we’re mostly devoted to self-gratification. That’s the eye-opening conclusion of University of North Carolina researchers, based on a study of 80 volunteers. The study subjects were asked how often they felt hedonic pleasure—the kind of happiness brought about by enjoying a tasty meal or buying themselves something. They were also asked how often they contributed something important to society that gave them a deeper sense of purpose.

The researchers then drew the subjects’ blood, and found that the genes of the volunteers whose lives contained lots of pleasure but little meaning were priming cells to express high levels of inflammation—which is linked to cancer, diabetes, and cardiovascular disease— and a weaker anti-viral response to infections. “Their daily activities provide short-term happiness yet result in negative physical consequences long-term,” says psycho-physiologist Barbara Fredrickson.

People who emphasize service to others and a connection to community, on the other hand, showed a pattern of gene expression linked to less inflammation and stronger immunity. There are two distinct kinds of happiness, says study co-author Steven Cole, and “our genes can tell the difference.”