Bacteria That Make You Thin 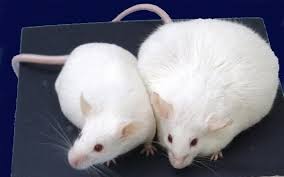 The experiment also showed that what we eat helps determine what kinds of microbes colonize us. When the gut bacteria of thin mice were introduced to fat mice, the fat mice lost weight – but only if the fat mice were on a low-fat diet. If they were eating a high-fat diet, the bacteria from the thin mice failed to take hold. Could fecal transplants from thin to obese people, helped along by dietary change be the future of weight loss? “I have little doubt that that will be the next thing that happens Fischbach says.

The bacteria appear to last in the gut for about four weeks, a long period of time between interventions that would trump taking a pill everyday, for example. The fact that E. coli naturally live in the gut is also an advantage over other probiotics, which often do not colonize the human intestines well.