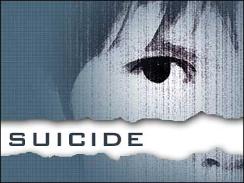 Children and young adults who are bullied are more than twice as likely to consider suicide and two and a half times as likely to try to kill themselves, a new study has concluded—and those taunted online are even more vulnerable. The findings are based on more than 40 studies, involving more than 284,000 young people ages 9 to 21, that examined the relationship between bullying and suicidal thoughts or attempts. Previous studies have found that traditional bullying and cyberbullying—by email, text messages, or videos—are equally likely to provoke suicidal thoughts in victims. But the new study found that kids subjected to cyberbullying are about three times more likely than their peers to have suicidal thoughts. “This may be because victims of cyberbullying feel denigrated before a wider audience, or because the event is stored on the Internet, they may relive denigrating experiences more often,” study leader Mitch van Geel of Leiden University in the Netherlands tells LiveScience.com. An estimated 15 to 20 percent of adolescents are involved in bullying—as the perpetrator, the victim, or both.

Good week for:
Wild times in Wisconsin, after the state’s legislature passed a bill legalizing rubber duck races like the “Ducktona 500” — where participants throw hundreds of plastic bath toys into a river, and cheer as they bob toward a finish line. The state’s Justice Department had warned the event might break gambling laws.