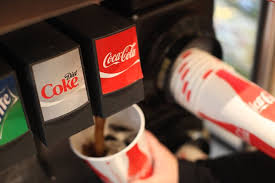 Drinking soda, long known to contribute to childhood obesity, may also have a negative effect on childhood behavior. Columbia University researchers interviewed the parents of about 3,000 5-year-olds in 20 cities about their children’s soda consumption and behavior. They found that 43 percent of the children drank at least one soda per day, and that 4 percent drank four servings or more.

Those who consumed the most soda were twice as likely to get into fights and destroy other people’s property as those who didn’t consume soft drinks at all, once other possible factors were ruled out. Soda drinkers were also more likely to exhibit anti-social behavior and to have trouble focusing. “With every increase in soda consumption, we saw an increase in behavior problems,” study author Shakira Suglia tells CNN.com. “It was significant for kids who consumed as few as one serving of soda per day.”

Previous research has shown a similar link between soda consumption and violent behavior among adolescents. Researchers say the drinks’ effect could stem from the sugar, caffeine, or even food coloring they contain.