Lead Exposure And Crime – The Connection 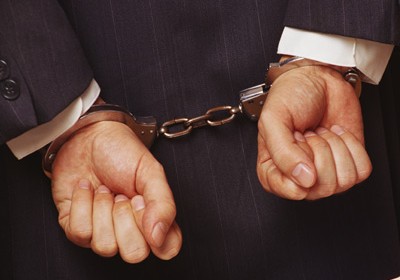 5/5 - (2 votes)
The question has puzzled criminologists for decades: Why did violent crime rates start to soar across the U.S. from the 1960s, before beginning “a spectacular decline” in the 1990s—a decline that’s continued ever since? Theories abound, from improved policing strategies to the end of the crack epidemic. But a more likely possibility is a molecule, said Kevin Drum in Mother Jones, and that molecule is lead. Research has provided strong evidence that lead exposure damages the brain, lowering IQ and impulse control and leading to violent behavior. The connection between lead exposure and crime may be very real.

As automobile ownership soared beginning in the 1950s, millions of children in car-choked urban centers breathed in fumes from leaded gasoline. Those kids, research indicates, were more likely to grow up and “become violent criminals in the ’60s, ’70s, and ’80s.” And when the U.S. began phasing out leaded gas, the crime epidemic began to decline. Lead exposure data over decades, scientists have found, are strongly correlated with crime rates in individual cities—right down to the neighborhood level. Cutting lead pollution, it seems, is the “most effective crime prevention tool we have.”

Lead exposure may have certainly played a role in the crime epidemic. But let’s not get too far ahead of ourselves. The research that Drum cites found that while lead exposure and crime rates were much in sync, it didn’t have a statistically significant effect on property crime or murder. Why would a lead-damaged brain make me more likely to assault someone, but not more likely to kill them or rob their home? As any scientist will tell you, “correlation is not causation.”  The fact that crime rates fell in line with lead pollution doesn’t mean you can dismiss other factors. Increased funding allocated to police, more incarceration, and increased concealed-carry rates all likely helped America become a safer place.

The lead data is pretty convincing to me, said Tim Worstall in Forbes.com. And if it turns out that crime is largely “a result of the stupidity brought on by environmental poisoning,” it would challenge everything we know about crime. Conservatives would have to stop blaming culture and broken families. Liberals would have to stop bleating that crime is a consequence of poverty and inequality. “When the facts change,” an honest man changes his mind—and we all have some new facts to consider about crime.

“People look at rights as if they were muscles – the more you exercise them, the better they get.”