I ran a swell restaurant

on a good block

but made a good living,

so they were happy

and passed it on to customers.

Then my lease ran out.

The landlord raised the rent,

There was no way

I could make money

I tried to discuss my problem

but he didn’t care

if I went out of business.

from the next tenant.

The economy was doing poorly,

except for the rich.

I told the landlord

if he raised the rent that much

I’d have to close my doors.

I had twelve employees

who would lose their jobs,

and they had families

dependent on their income.

I tried to negotiate,

said I would take home less

if my workers could keep their jobs.

I offered a one hundred percent raise

I only broke even,

but my workers would be paid.

I did everything I could

to make a deal

that would save the business

so all of us

could earn a living,

but his only response was:

This poem is part of a collection titled ‘Learning Curve’ by Gary Beck, which until now has remained an unpublished collection concerned with the decline of Western civilization, as leading figures struggle with the issues of our times.

Gary Beck has spent most of his adult life as a theater director, and as an art dealer when he couldn’t make a living in theater. He has 11 published chapbooks and 3 more accepted for publication. His poetry collections include: Days of Destruction (Skive Press), Expectations (Rogue Scholars Press). Dawn in Cities, Assault on Nature, Songs of a Clerk, Civilized Ways, Displays, Perceptions & Fault Lines (Winter Goose Publishing). Tremors, Perturbations, Rude Awakenings and The Remission of Order will be published by Winter Goose Publishing. Conditioned Response (Nazar Look). Resonance (Dreaming Big Publications). His novels include: Extreme Change (Cogwheel Press), Flawed Connections (Black Rose Writing) and Call to Valor (Gnome on Pigs Productions). Sudden Conflicts will be published by Lillicat Publishers and State of Rage by Rainy Day Reads Publishing. His short story collection, A Glimpse of Youth (Sweatshoppe Publications). Now I Accuse and other stories will be published by Winter Goose Publishing. His original plays and translations of Moliere, Aristophanes and Sophocles have been produced Off Broadway. His poetry, fiction and essays have appeared in hundreds of literary magazines. He currently lives in New York City. 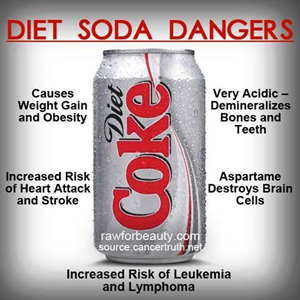