Poem – Mrs. Giles who lives at the foot of beautiful Forest Park (By Tom Brogan)

My friend, Edith Giles, is the mom of my childhood friend Tom.

Tom is kind and loves sports and was my childhood protector

against the likes of Michael Lombardi in grammar school.

My brother Ed was another who looked out for me.

Mrs. Giles would always say hello, how are you, and would

read my writing, something always important to me.   She recently

13 years ago.  How nice to hear.   Now she greatly misses all her

siblings.   Richie, she says, took the money from the sale of their

deceased mom’s house.   Somehow no one else received any

a share.   Families can be so unfair.   Still, my heart sinks,

when she says that she last heard from her brother Richie

in February after the sale of the house.   I say you are a great

sister and it is his loss. And, her brother George in Texas,

she claims, didn’t want any money from their mom’s will.

I met him and his daughter at a barbecue. She also lost touch with her

who used to write nice letters and entertain in California, she

has heard from in a long time.   I say why not try a new hobby.

Mrs. Giles discounts this idea saying it takes her all day just to

shop and cook and she is eighty six.   I mentioned about

the free concerts at the Seuffert Bandshell in Forest Park and

when she said that she was writing it down.   It must be so hard

to be in her shoes at eighty six and alone.   I hear that she

can still do things such as walk to church at noon on Wednesday,

to soar like a bird.   Walking up and down the hill to church

from to her coop is no small feat. 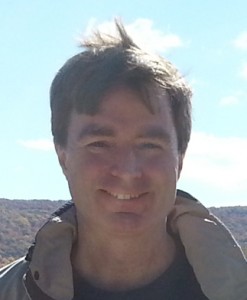 Tom Brogan is a library supervisor at Brooklyn Public Library and a poet.  He has contributed two essays to Bridging Cultures: Ethnic Services in the Libraries in New York State published by the New York Library Association.