Sources swallowed in the lightless void

Only restored through leaves and petals avid for translucency

Shining to meet the beak and proboscis, clumsy, assured

Seaweed swelters for the dark answer, shimmering clasps from knuckle-protectors,

A general rest by mass appalled –

Universal side before in play brought up bits linear

Until shards one from mirrors hinges

Thinking if anything makes just so vanishing zipping point

If finishing compatible is nesting plus trepanning

Religion without all culling, thrilling, mulling, chilling, thence and there,

Thence the tor after climbing drawn out be slow

Only one could naught telling maybe kneads not needed, obligation embossed

For all I know pullets plummeting depths inherent in here

Lasting linking striking saltpetre off significance reeling off of writing

Molluscs like a jet, napalm hot in bullion, up grey vaults yet clotted

Aesthetic cobwebs, scholarship punctured, will out riling twists of anchorage to be a cell

Tomahawk for nothing around roller skates and dodgems, whereas after nausea lift yawning

Clocks upon a gutter offering parsimony, the other esplanade re-routing

Hoops suspended, and all without a name

We sat mat wonder; how did the real pronoun find such a corner?

Proof against all repetition, bar the essential – however plausible.

Spaded clods and caked worries, clay with latent wheel swirls, could be a liet-down

The irrigation, the ignition –  tackiness abounding, slime for the path and the protection,

Shivers to  reverting one wonders nucleus many centres off

In elastic proportions absolute relativity in manganese thank you

Cloistering up and beyond, twit torment tambourine of placation

And settle down for hips, just gluttonous, quaggas, rice toiling yearly up ichthyosauri

Thumping of the tired and empty Houdini comes next

Nothing but writing now, this rather pat with tap washer, then weed out

Night bleeding soaked lies through to tenet of dispersal, crossing generation in torch

Lean heaving may wander in, all ringing, sweet associations reverberate in tablature

In the mist of reflection, weeded, wormed and questioned, cystitis could be blooming

When is the back? Yawns now of indigestion, carpeting nuggets for a change,

Through an idea, afterthought, with doubts, stocks irrigate

None iodine idiocy, stained records in cause and summary regretting penthathlon polyglot

Upbraiding who will thereafter be referred to in the last part

With all vapour creamed like friendly sheeted laps bouncing on cinders’ thrust,

Of maize weevil, engines cheer life on, happy in a lariat or bola, horses are on knees

Speak into solids, sensed floods wound oxygen, one, the two bound all, lull sorted out –

Font flint above flail, riling ploy powdered pure, an idol superimposed on the act of desecration 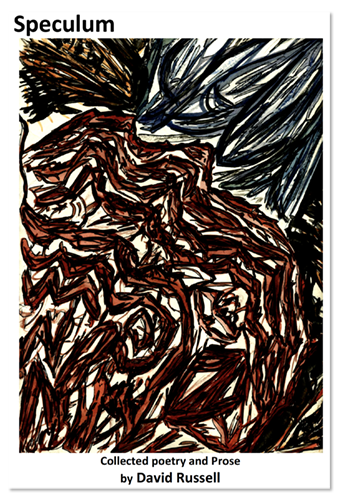 Thirty-eight percent of uninsured Americans say they have heard “nothing at all” about the healthcare exchanges set up by the Affordable Care Act, according to the Kaiser’ Family Foundation.