gave life to those

that far from running

back from the approaching train

to grab the disrobed woman,

as a ghostly shadow,

to haunt the screen

for the rest of 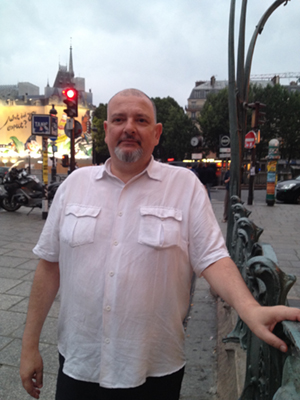 I've been writing for over 30 years and have amassed a vast collection. As a translator of Italian to English I appreciate the value of words and attempt to draw out many meanings from single words or phrases. A minimalist approach, one might say, although my later poems reach out for broader, imagistic views of sentiments gleaned from often cinematic sources. I could go on, but would like you to draw your own conclusions. Suffice to say that I am a radical and hope that this comes through in my work; there is anger, but also humour, and, I hope, a radical way with words and grammar. I live in Manchester, UK, I am Polish/Italian and my parents experience of 20th century history is highly significant.

“What you have to do is work with the raw material you have, namely you, and never let up”