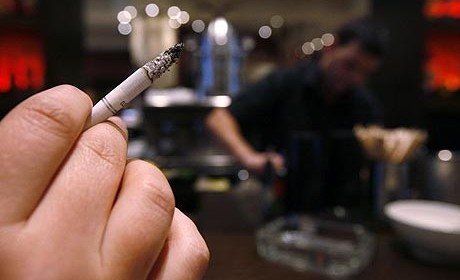 Over the past decade, thanks in part to widespread restrictions on when and where people can light up, the number of Americans who smoke has rapidly declined. But despite that reduction, some 58 million Americans are still regularly exposed to secondhand smoke, according to the U.S. Centers for Disease Control and Prevention (CDC). Although this is a 50 percent drop from 10 years ago, one in four nonsmokers remains vulnerable, and the risks are most pronounced among African-American children and the poor. “We’ve seen a marked decline in secondhand smoke exposure,” says the CDC’s Brian King. But “the prevalence remains alarmingly high, and there’s also marked disparities.” Exposure among black children from ages 3 to 11 is still 68 percent—about twice the level for white or Hispanic kids. The percentage of impoverished people exposed to secondhand smoke stands at about 43 percent, compared with roughly 21 percent for those living above the poverty line. Health officials warn that when it comes to secondhand smoke—which is linked with several health risks, including asthma, respiratory infections, and heart and lung disease—there is no safe level of exposure.