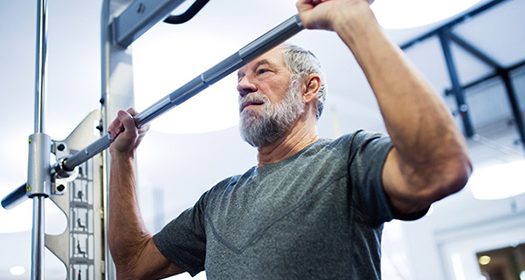 A research group tested a group of about 125 cyclists aged between 50 and around 80 – ¾ of the group were male and ¼ were female.  They did not study any people with high blood pressure, alcoholics, smokers, or any other health problems.  Another group of non-exercising adults aged between 50 to 80 and 20 to 36 underwent tests to see how they compared to the group that exercised regularly.   A test showed that the older adults that exercised were showing that their immunity system, muscle mass, and cholesterol levels were the same as the younger group of adults.

There is an organ called the thymus that makes T-cells which start to shrink in numbers after the age of 20.  The study showed that these T-cells didn’t lose numbers in the adults who did regular exercise.

It is recommended that if you would like to live a healthier life to add exercise to your routine.  You will enjoy your older years a lot happier, more independent, and healthier.

Good week for:
Waldo, a 1,800-pound steer, after he kicked down a gate and escaped a North Dakota slaughterhouse, and was then adopted by a Michigan animal sanctuary. “He doesn’t know how lucky he is yet,” said the farmer who sold him. “But he’ll figure it out soon.”