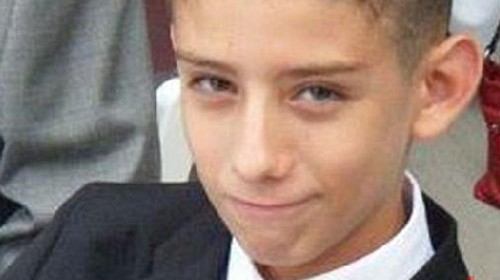 A New Mexico teenager is expected to face murder charges after allegedly gunning down five family members with his parents’ rifles. Nehemiah Griego, 15, is accused of using a .22 caliber rifle to shoot his mother while she slept and then kill his siblings—ages 9, 5, and 2—when they awoke. He then allegedly grabbed an assault rifle and waited downstairs to ambush his father, who had taught him to use the guns. All five victims had gunshot wounds to the head. Bernalillo County Sheriff Dan Houston said Griego loaded the guns into a van, intending to drive to Walmart to shoot people at random, but instead confessed at a local church and was arrested. “The motive, as articulated by the suspect, was that he was frustrated with his mother,” Houston said. Griego has no history of mental illness, but reportedly spent much of his free time playing violent video games, including Call of Duty and Grand Theft Auto.

“The middle of the road is where the white line is— and that’s the worst place to drive.”