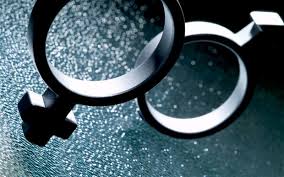 It’s official: Abortion for gender selection is widespread in Britain, said Dominic Lawson. An analysis by The Independent shows that women from Indian and Pakistani communities in Britain are aborting their female fetuses at much higher rates than male fetuses, “resulting in the ‘disappearance’ of up to 4,700 girls.” Of course, this is what we should have expected, given that the U.K. effectively has “abortion on demand.” Since the 1967 Abortion Act, a woman has been ostensibly required to get the signatures of two doctors to certify that carrying the child to term would impair her mental health.
In practice, though, the doctors rarely even meet the woman whose abortions they so callously authorize, much less examine her. This is what the feminists wanted— abortion at the whim of the mother. Only now, when we find that “gendercide” is occurring in the South Asian community, do the feminists denounce the practice. They can’t have it both ways. If a fetus has “no moral status,” as they argued in legalizing abortion, then “why should one reason for termination be any more legal or illegal than another?” If you find aborting a fetus merely because it is a girl to be abhorrent, you should rethink your support for abortion.

Poachers kill hundreds of endangered African rhinoceroses a year for their horns, which are prized in Asia as a (bogus) fever reducer, cancer cure, and hangover remedy. A kilogram of rhino horn — made of keratin, just like fingernails — sells for about $60,000, making it far more valuable than gold.