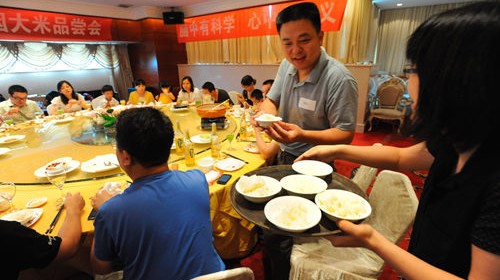 “We need to work to prevent unauthorized varieties from entering markets illegally, starting from the very beginning of the process,” said Han Jun, deputy director of the Office of the Central Rural Work Leading Group.

The country will step up the supervision of research technologies, varietal certification and the production and distribution of GM food, Han said at a news conference in Beijing on Thursday. The group is China’s top rural affairs decision-making agency.

China’s agricultural authorities still have to approve the marketing of GM grains, with only domestic GM papaya and cotton being approved for commercial cultivation.

Han said that the country has investigated and treated cases of farmers illegally growing GM rice, and the cases indicated that there should be stronger efforts to prevent such illegal activities.

The Ministry of Agriculture has not replied to a request for comment on the report.

According to the first policy document issued by the Communist Party of China Central Committee this year－which usually signifies a top priority－the country will step up the research of agricultural GM technologies, and will promote them after ensuring their safety. The policy document focused on rural issues for the 13th consecutive year.

Han said China cannot afford to lag behind in agricultural biotechnology, and will take measures to make sure it will take the lead in GM research.

He added that any GM food products approved for commercial cultivation have been tested and found to be as safe as traditional food.

“Meanwhile, we will also implement requirements for labeling GM products, and ensure that the public has the knowledge and right to choose with GM foods,” he said.