Why the beach is a pitiful sight 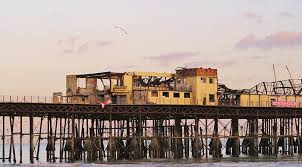 Britain’s “decayed seaside resorts” have become a dumping ground for society’s outcasts, said Libby Purves. Towns like Blackpool, Margate, and Clacton-on-Sea were holiday destinations for generations of English families. But they began to decline in the 1970s, when package tours abroad became cheap and popular. Housing prices fell, and authorities began seeing the towns as places to warehouse people difficult to house elsewhere: asylum-seekers, newly released convicts, youths who had aged out of foster care, and people with mental health problems. Gradually, we have built “a critical mass of drifting, drinking, drugging, bored people,” all crammed together in a place “where they—and even more importantly, their children— definitely won’t find jobs, and definitely will find bad company.” It doesn’t have to be this way.

An influx of government money to improve the schools in these towns, for example, might attract urban commuters. At the very least, authorities in other towns could stop shipping their homeless to the beaches. The U.K. is a small country, “and there is no excuse for letting bits of it get into such a state,” dilapidated and depressed, with paint peeling off empty Edwardian hotels. “The face this island turns to the sea should be a happy one.”

South America has 339 million Catholics, and Africa, 186 million. Canada and the U.S. combined have just 85 million.