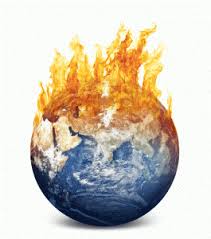 Western Antarctica is heating up faster than almost any other region on earth, increasing the risk that a huge ice sheet there could collapse and cause a drastic rise in sea levels. That’s the alarming conclusion of climate researchers who used data from a remote weather station combined with other temperature readings on the continent to show that West Antarctica has warmed by 4.4 degrees over the past half century—roughly twice as much as previously estimated.

“What we’re seeing is one of the strongest warming signals on earth,” Andrew J. Monaghan, a scientist at the National Center for Atmospheric Research, tells BBC.com. The West Antarctica ice sheet, which is about the size of Greenland, holds 10 percent of Antarctica’s ice, and its collapse could raise global sea levels by up to 10 feet. Climate concern has recently focused on the Arctic, where sea ice cover shrank to record lows last year. But though powerful winds—another effect of climate change—have recently increased Antarctica’s sea ice cover, the continent is still heating up fast, says study author David H. Bromwich. “The changes taking place in Antarctica are as big as what’s happening in the north,” he says.

“A pat on the back, though only a few vertebrae removed from a kick in the pants, is miles ahead in results.”