Depression – A Result of Success? 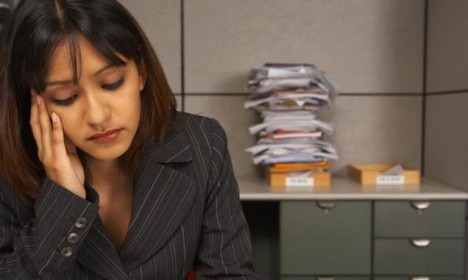 4.5/5 - (2 votes)
Residents of rich countries are more likely to be affected by depression than those who live in poorer nations. That’s the startling conclusion World Health Organization researchers reached when they interviewed nearly 90,000 people in 18 countries about their mental health.

France and the U.S. were the most depressed; 21 percent of French people and more than 19 percent of Americans have suffered from the disorder. By comparison, many low-to-middle-income countries had significantly low depression rates. Only 8 percent of Mexicans and 6.5 percent of Chinese people say they’ve ever been depressed.

Just because wealthy nations “have a high income doesn’t mean there isn’t a lot of stress in the environment.” Current studies have shown that depression “ is strongly linked to social conditions.” Cultural differences may make certain nationalities less likely to admit to depression—for instance, though less than 7 percent of Japanese people say they’ve been depressed, the country has a higher suicide rate than the U.S. But other statistics held true worldwide: Women are twice as likely as men to be depressed, and the most common cause of the disorder is the loss of a partner due to death or divorce.

It’s important to point out that depression can affect anyone, in any stratum. No one, no matter how richly or simply one lives, is immune. There seems to be something about extreme success that puts a person at higher risk for depression – perhaps because it’s so pressurized, so lonely, or so empty, it triggers depression in those you’d least expect it. In fact, some of the most successful people in history have suffered from relentless, incapacitating depression – some have won their battles, or, at least, continued to battle. Some, sadly, succumb to it.

it may seem hard to empathize with the depression of the super-wealthy (i.e., poor little rich guy, right?), but the extreme stress, loneliness, hollowness, and disappointments they may experience are very real. Being aware that one is depressed in the first place is one first step to changing it – and depression can be very hard for some people to even determine is there, given its vast array of symptoms, let alone admit to friends and family.

“The true dividing line between people is whether they are capable of being in love with their destiny.”