VI
I never intended to die in my dreams again
With a staff of anguished of pain
In a broad day hour
In a sit of castled crown of devastation
Weakly the hours of seeing in discrete manner
Hope not to witness or see again in hours of failure
Turn our thinking into waste garage
In the hours of unhealthy moment
Like it moved in the tuck of swollen orifice
Straight off my pocket of emptiness
In hours of falling into the roof zinc
While an orphan was with us in that hours of frighten tunes
Why does that feel the pain of an orphan help in stick hands with them
And poured out the frighten tunes of pains and grief in them
To the free air of freedom and gladness
Which the faithful ones have benevolently showed this orphan
Who languished in pains and grief in this dead dream in night of labyrinth? 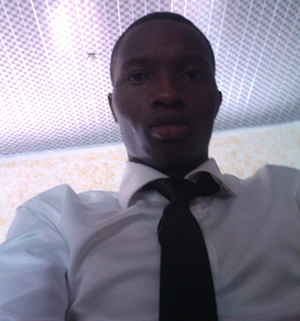 Nosakhare Collins is a Nigerian writer with a vibrant African spirit. A poet who loves writing about the frustration and pains that has plagued unrest in the heart of souls of people everywhere. He and also loves to write about his life, and plays around with children. His poems has appeared on “Dwartonline”, “Least Bittern Books”, and various Anthologies.

“Smile, for everyone lacks self-confidence and more than any other one thing a smile reassures them.”