she starts with a song.

too limp with grief,

it’s killed the birds in my heart,

into the white-blush of maddened waves.

as an old wine bursts froth;

she opened her jaws

with her parted loamy lips.

to mourn a bleeding city.

that was not the beginning.

and now, yet they still drill her loins:

her fossil fluid is offered

as elixir for steel, wheeled Stallions,

their self-made birds have oily mouths;

the smarter ones erect outrageously-

on her parts too erogenous

to survive the upset.

that’s why she quakes

along the bowels of San Andreas or Java

where miners viciously enter her all day

carting away her pearls, 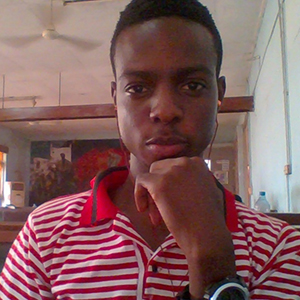 Agbaakin O. Jeremiah, a NIGERIAN poet and campus Editor is a final year law student in University of Ibadan.

He won the maiden Ogidigbo Poetry Prize; and is a six-time runner-up of 2016 Briggite Poirson Poetry Contest.