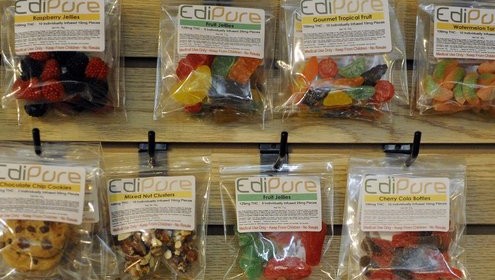 Marijuana may now be legal in Colorado, said Jordan Weissmann, but do purchasers really know what they’re buying? New York Times columnist Maureen Dowd highlighted that problem last week by describing what happened when she went to Denver to sample edible marijuana. Dowd ate too much of a weed-laced candy bar, which had no dosing instructions, and spent eight hours curled up in a paranoid, catatonic, hallucinatory state.

She’s not the only person to discover that marijuana “edibles” are far more potent than smoked products and “wildly inconsistent” in how much of weed’s active ingredients they contain. Colorado has had several “horror stories,” including children sent to emergency rooms after swiping their parents’ cannabis edibles, and a college student who jumped off a balcony to his death after eating pot-laced cookies.

What this tells us is that it would be better if “big, name-brand manufacturers” dominated the marijuana industry as it goes legal. Only a big company like Hershey’s or Philip Morris could invest in the technology to “mass produce a highly standardized product.” It sure won’t help the legalization movement if there are growing numbers of real-life cases of “reefer madness.”

In the 2012 elections, African-Americans waited an average of 23 minutes to vote, Hispanics waited 19 minutes, and whites waited 12 minutes, according to an MIT study. Vermonters waited only 2 minutes, while Floridians on average had to wait 40.