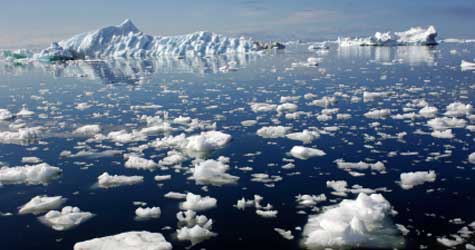 When the atmosphere had much higher levels of carbon dioxide, Antarctica was as warm as California. New research has revealed that 430 million to 50 million years ago, temperatures on the frozen continent averaged 57 degrees Fahrenheit, with part of the surrounding Pacific Ocean reaching up to 72 degrees. In this ancient era, known as the Eocene epoch, carbon dioxide […]

END_OF_DOCUMENT_TOKEN_TO_BE_REPLACED

1934 is the hottest year on record

The year 1934 was a very hot year in the United States, ranking fourth behind 2012, 2006, and 1998. However, global warming takes into account temperatures over the entire planet. The U.S.’s land area accounts for only 2% of the earth’s total surface area. Despite the U.S. heat in 1934, the year was not so hot over the rest of […]

END_OF_DOCUMENT_TOKEN_TO_BE_REPLACED 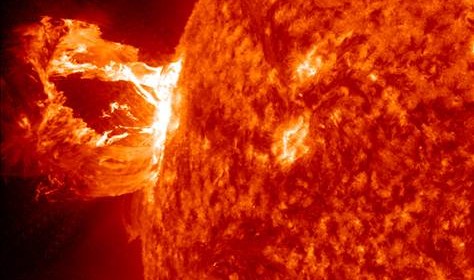 Scientists have found telltale evidence that an asteroid twice as large as any previously known smashed into Earth about 300 million years ago. Previously, the largest asteroid impact was believed to have occurred 66 million years ago, when a massive space rock hit what is now the Yucatan Peninsula in Mexico, causing such havoc that it led to the extinction […]

END_OF_DOCUMENT_TOKEN_TO_BE_REPLACED

The Coldest Place on Earth

According to National Geographic, the coldest place on Earth is the East Antarctic Ice Sheet with temperatures as low as minus 144 degrees Fahrenheit. The temperature reading was taken during the polar winter and is the lowest temperature ever recorded on the Earth. Russia’s Vostok Weather Station previously held the record for the lowest recorded temperature. However, that record has […]

END_OF_DOCUMENT_TOKEN_TO_BE_REPLACED

Climate change is killing off Bees In India

Climate change is killing off Bees In India. A lethal combination of climate change and human interference is helping to wipe out colonies of the giant honeybees on which many plants and trees in India depend for their survival. The precise cause of colony collapse disorder (CCD) is not known, but researchers say that the loss of the bees will […]

END_OF_DOCUMENT_TOKEN_TO_BE_REPLACED

The ozone layer over the Arctic Circle developed a giant hole this winter, scientists say. Over the North Pole, 40 percent of the ozone layer has disappeared—a record seasonal loss. Ozone high in the atmosphere shields the Earth from harmful UV rays, and it fluctuates seasonally; usually about 25 percent of the Arctic’s ozone layer fades every winter. In the […]

END_OF_DOCUMENT_TOKEN_TO_BE_REPLACED

In 2015, Pope Francis, the leader the Catholic Church, issued the first-ever comprehensive set of Vatican teachings on climate change, in the form of an encyclical—or “papal letter”—sent to churches worldwide. Plans also include personally lobbying for climate action action in a series of high profile meetings ahead of the all-important UN global warming negotiations in Paris. A papal letter […]

END_OF_DOCUMENT_TOKEN_TO_BE_REPLACED

It’s not like we really needed to be told again that our planet is getting warmer…. But IT IS!!! Both NASA and NOAA have independently concluded that Earth’s surface temperatures in 2015 were higher than any previous year in recorded history. The hottest year recorded before that? 2014!! The temperatures in 2015 beat the 2014 record by a whopping 32.2 […]

“If your actions inspire others to dream more, learn more, do more, and become more, you are a leader.”