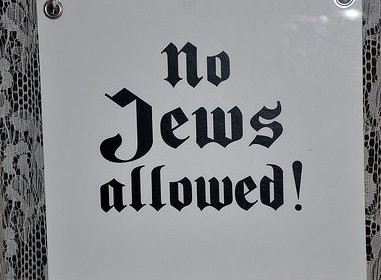 3.7/5 - (3 votes)
Anti-Semitism is sweeping Hungary, said Colin Freeman. It’s so bad that the World Jewish Congress held its annual conference in Budapest to express solidarity with beleaguered Hungarian Jews. The Jobbik party, which is openly anti-Roma and anti-Semitic, is now the third-largest party in parliament, and its rise has coincided with a sharp uptick in anti-Semitic attacks and incidents.

Jewish leaders have been attacked in the street and Jewish cemeteries vandalized. Rallies opposing anti-Semitism have been occasions for Jobbik-affiliated biker gangs to hold “ugly counter-demonstrations” that they call “Step on the Gas” days—the double meaning is intentional in this country that underwent “one of the most intensive anti-Jewish campaigns of the Holocaust,” with 400,000 Hungarian Jews sent to Auschwitz alone. Jobbik members of parliament have brought anti-Semitism firmly into the mainstream.

Songs by skinhead bands are routinely in the pop charts, and the Hungarian national soccer team was censured after fans shouted anti-Semitic taunts during a World Cup qualifier. All this ire is aimed at a minority of just 100,000 people in Hungary, most of whom don’t even publicly identify as Jews. One can hardly blame them.

“It’s not the load that breaks you down; it’s the way you carry it.”