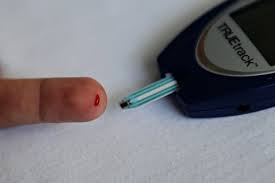 5/5 - (2 votes)
High blood sugar doesn’t just increase your risk of developing diabetes—studies have also shown a link between blood sugar and dementia. Researchers tracked the blood glucose levels of more than 2,000 older adults for seven years and found that those who had high glucose levels—but not diabetes—were nearly 20 percent more likely to develop dementia than those with low levels. Among people with diabetes, those with the highest glucose levels were 40 percent more likely to develop Alzheimer’s disease or other forms of dementia than those with the lowest.

Diabetes can damage the kidneys and other organs, but the findings show that the brain may be especially vulnerable to damage from elevated blood sugar levels—perhaps because the sugar causes inflammation in the tiny blood vessels of the brain. “Every incrementally higher glucose level was associated with a higher risk of dementia,” researcher Paul Crane of the University of Washington tells the Associated Press. To reduce the risk of high blood sugar and dementia, researchers said, people should eat a healthy diet, exercise regularly, and maintain a normal weight.