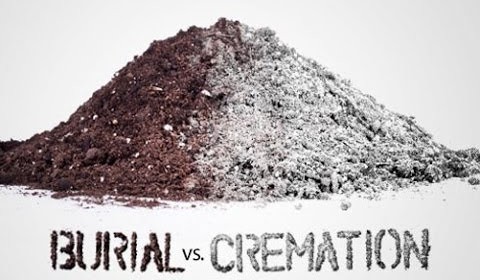 5/5 - (1 vote)
Cremation has become increasingly popular among current generations. One of the most common questions people seem to consider regarding the choice is Does it cost more to be cremated or buried? The not so surprising answer is “burial” of course. Because of this, the traditional burial, once so important in the grieving process, is becoming a thing of the past.

Cremation is thousands of dollars cheaper than burial, is becoming more widely accepted by many faiths, and viewed as more environmentally friendly than embalming, casket construction and burial. It also allows for extended usage of burial plot spaces, as several cremation urns can be buried in the space a traditional casket would consume.

The slowing economy makes people think twice about opening their wallets for flowers, wreaths and high-end caskets. “People are definitely questioning us more on what things cost,” says Robert Biggins, past president of the National Funeral Directors Association.

Cremations typically are half or less than half the cost of a funeral. That goes to show that money still talks, even when you can’t take it with you.

Additional trends show that many families of deceased loved ones often ask for donations to be made to certain charities in lieu of sending flowers. While it may seem not as heart felt, more often than not it is a request made by the deceased prior to their passing. Popular consensus shows that charitable donations to a cause related to the deceased’s cause of death help many with the grieving process knowing that they are helping to further research to cure a disease or to help fund awareness efforts.

Does it cost more to be cremated or buried? 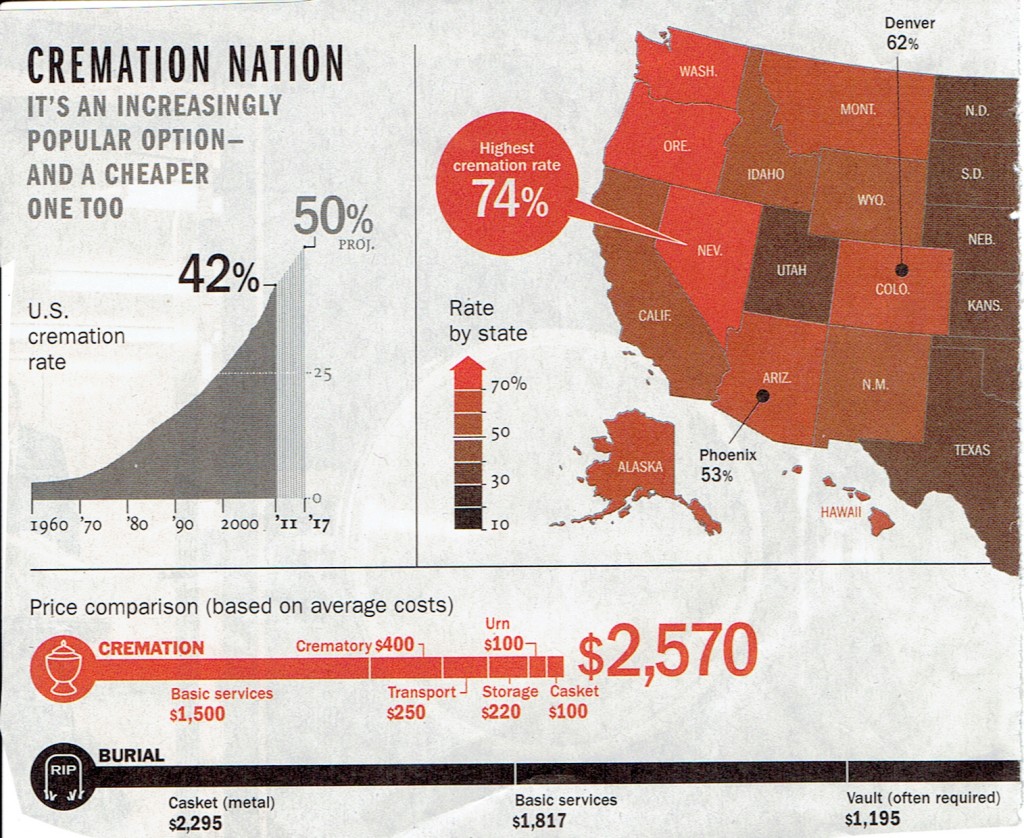