A body of water

■    Tourists at a Los Angeles hotel were distressed to learn they’d been drinking, bathing, and brushing their teeth with water from a rooftop tank in which a dead body had been decomposing. The body was discovered by a maintenance worker who was trying to figure out why the water pressure was so low. “The water did have a funny […]

END_OF_DOCUMENT_TOKEN_TO_BE_REPLACED

A British teenager had to be rescued by firefighters after she got stuck in a storm drain while trying to retrieve her new smartphone. Ella Birchenough, 16, dropped her iPhone down the drain while out walking her dog. “I thought to myself, ‘I’m not leaving this,’ and I jumped down to get it,” she said. But her waist became wedged […]

END_OF_DOCUMENT_TOKEN_TO_BE_REPLACED

A helium balloon launched by a British schoolboy was discovered in Australia after making an incredible 10,545-mile journey across the world. Joshua Blackaby, 6, from Alvaston, England, released a balloon tied to a letter in December as part of a school project. Three months later, his family received a note from a girl named Millie, informing them that she’d found […]

END_OF_DOCUMENT_TOKEN_TO_BE_REPLACED 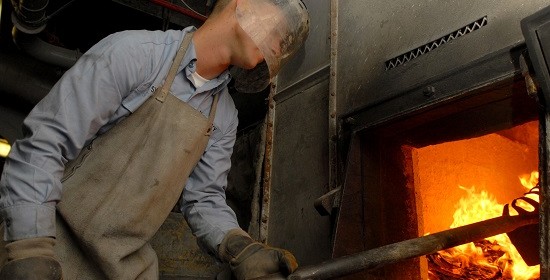 It has been reported that thousands of aborted and miscarried fetuses have been burned to heat British hospitals. An expose by local British news found that 27 state-run hospital trusts incinerated fetal remains, sometimes burning the bodies with other hospital waste or using them in “waste-to-energy” plants that generate power and heat. In some cases, women who miscarried were told […]

END_OF_DOCUMENT_TOKEN_TO_BE_REPLACED

Horsemeat is passing for ground beef in supermarkets all over Europe, said Hugh Camegy in the Financial Times. Claims have also been made that there are restaurants serving horse meat. It has been found in Findus’s frozen lasagna, Tesco’s frozen hamburgers, and even Burger King’s Whoppers in the U.K., France, Sweden, and beyond. The horsemeat makes its way to dinner […]

END_OF_DOCUMENT_TOKEN_TO_BE_REPLACED

Nearly one fifth of China’s farmland has been polluted because of industrialization and lack of environmental regulations, according to a Chinese government report. More than 80 percent of the pollution involves inorganic toxins, including cadmium, nickel, and arsenic, which can make their way into crops.