The biggest threats to humanity 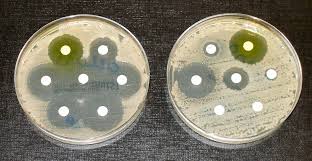 Think climate change is one of the world’s biggest problems? said Alex B. Berezow. Think again. Global warming doesn’t even crack the top 10 of the planet’s immediate concerns. Number 1 on that list: poverty. Nowhere near as “sexy” or “trendy” as climate change, it’s still the single biggest threat facing humanity. Hundreds of millions of people go hungry every day, and 1.3 billion don’t even have electricity. In the world’s poorest countries,

several of the leading causes of death remain infectious diseases, such as diarrhea, AIDS, and malaria. Scientists would tell you that the greatest threats to humanity are the “terrifying rise of multi-drug-resistant bacteria,” which could render antibiotics useless, and a potential “Black Death’’-like pandemic from a mutated virus. Foreign policy experts worry about the possibility of nuclear terrorism. Economists fear a meltdown of the euro and a new global financial panic. Yes, climate change is a serious threat. But we have decades to adapt to whatever changes it brings. In the meantime, much of the world faces greater threats, even if the “average person in the Westernized world” is oblivious to them.

The 5 biggest threats to human existence

Good week for:
Classroom discipline, after a French math teacher began writing “spoilers” from Game of Thrones on the blackboard every time the students became too noisy. The tactic produces what one student described as “a religious silence.”